CT Scans and the Outcome

Was all pretty straightforward in the end, drank juice, got stabbed with more contrast dye and then scanned, results sometime in the next week or so. The purpose of all of this is to allow the Docs to work out how they’re going to get into my chest to do a biopsy of one of the tumours – preferable to going into my head apparently – which will allow them to target the  Chemo correctly. They also want to see if these nasty little tumour things have decided to wander a bit further afield, fingers crossed not! 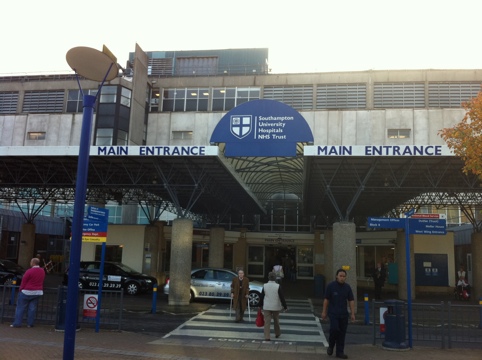 My amazing consultant Dr Geoff Sharpe called to let me know the outcome of the head and body CT scans I had on Monday of this week, needless to say it was initially a wet back of pants moment when I realized it was him on the phone. However it was all positive news, I won’t claim to quote him but my understanding was that my Whole Brain Radiotherapy has had the ‘life saving’ effect they wanted it to, the four tumours (I can only see 3 on the MRI but clearly I’m no expert)  in my head have shrunk by 20-30% and growth has therefore for the moment at least stopped. This was the big emergency they had to tackle and what was putting my life under imminent threat. Happy days, looks like Christmas is definitely on!

I have three sizable tumors in my chest which have continued to in the Consultants words ‘grumble along’ and grown. No surprises there as they have received no treatment YET, however they are next on the agenda. The good news is they are not currently life threatening and it also suits our purposes as they are now more accessible for biopsy. Sometime in the next week my case is going to a Chest Cancer Multi-disciplinary Team meeting where they will decide how they are going to get to one of these things.

So, next steps, chest biopsy to get the 100% diagnosis of what sort of cancer this is, could be a fairly major operation within the next 4 weeks but as the tumors are now easier to get to hopefully not, we’ll see, it’s got to be done either way. Once they’ve got the answer they need they can use the correct Chemotherapy drug to start to deal with them and hopefully reduce/kill them.

Following that at some point in the future I’m guessing two months plus potentially further Radiotherapy on my head and there are various other options now for things like Gamma Knife/Stereo tactic (read targeted rather than Whole Brain i.e. using a fine toothed drill rather than a sledge hammer) Radiotherapy. For the first time it was mentioned yesterday that brain surgery to physically go in there could potentially now be an option in the future. This in itself is a huge positive as originally I was told there were just too many tumors that were too big and it was quite categorically not an option.

Overall BEST news, no new tumours have developed anywhere else in body! What a relief, our first bit of good (medical) news for two months! Kady and I are over the moon.

This entry was posted in Ongoing Treatment. Bookmark the permalink.

21 responses to “CT Scans and the Outcome”