Well I’m at the two week point of my first three week cycle of chemotherapy and it seems to be going okay so far. I was really quite worried about how bad the side effects were going to be but they’ve been quite manageable, I’ve had some very mild nausea but mostly I’ve slept, a lot. It’s been quite pleasant in a way after 5 months of not being able to sleep due to being hyper from the steroids.

I had to take a 5 day course of a drug called Temozolomide which was week 1 and in week 2 I was told I could expect the worst of the side effects plus a lowered immune system, week 3 is the recovery week which I’m starting now, prior to going back to the hospital next Thurs and starting the whole process again – cycle 2 of 6.

Every second cycle I get another full set of MRI and CT Scans with contrast to assess whether the chemo is working, if not they will stop, no point poisoning the body for nothing. So at the end of cycles 2, 4 and 6. Fingers crossed. If it doesn’t work it’s time to move on to drug trials.

My Mother has been staying with us this week to help out, I’m not sure how I would have coped without her, she has been AMAZING. Cooking, cleaning, tidying, making me sandwiches, she’s left me free to get on with dealing with the fatigue and just sleeping. Thank God for Mums!!! 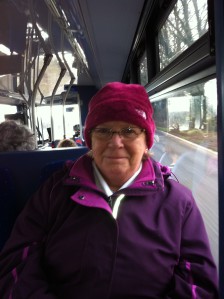 p.s. It’s Tough Guy this weekend which is raising money to assist in the rehabilitation of wounded soldiers, please if you can have a look and sponsor the guys who have volunteered to do this on my behalf – Link.

This entry was posted in Ongoing Treatment. Bookmark the permalink.